In the axis of Russia and Ukraine, it is useful to look at the conflict with the US and NATO through a little history, ideology and past analysis. 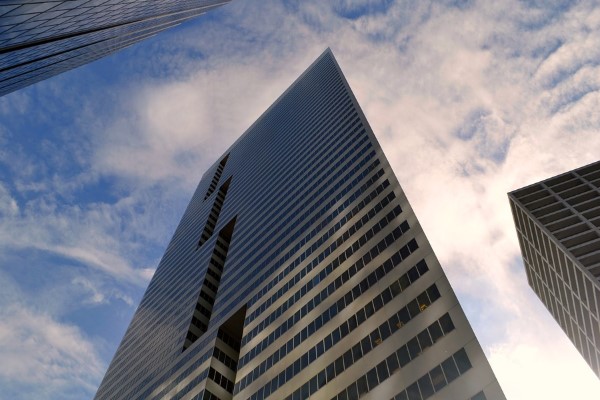 Russia – Ukraine… In the axis of Russia and Ukraine, it is useful to look at the conflict with the US and NATO through a little history, ideology and past analysis. There are some points of conflict where the doctrines of hot war, cold war and economic war will work, Russia's movements over the entire Donbass, Crimea and Ukraine, and even in the Eastern European sphere of influence. This situation is not only regional, but also concerns the balance of power between the US-NATO pole and Russia and China in world domination.

The conflict between Russia and NATO expanding their sphere of influence… The following items draw attention in Russia's demands from the US and NATO alliance:

“The United States of America undertakes to refuse further eastward expansion of the North Atlantic Treaty Organization and to admit states that were formerly part of the Union of Soviet Socialist Republics into the alliance.”

“The United States of America will not establish military bases, use their infrastructures for any military activity, or develop bilateral military cooperation on the territory of states that are former members of the Union of Soviet Socialist Republics and that are not members of the North Atlantic Treaty Organization. “

These are the demands that directly concern the situation of Ukraine and the Baltic countries. If we look at Russia's approach to these regions; It will be necessary to look at World War II and the Molotov-Ribbentrop Pact. In 1939, Nazi Germany invaded Poland, while the Red Army captured eastern Poland. The Soviet Union also occupied most of the territory of the Baltic states during the 1944 Baltic Offensive during World War II. At the end of the war, the Soviets crossed the Polish border beyond the Curzon line at the 1919 Paris Peace Conference, while the Baltic lands were reorganized into republics of the USSR until they declared independence in 1990 during the collapse of the Soviet Union.

Russian Empire era strategy… Geographical expansion through war and treaty was the central strategy of Russian foreign policy from the small state of Moscow in the 16th century to World War I in 1914. The goals were land, hot water ports, and the preservation of Orthodox Christianity. For three centuries, beginning with the reign of Ivan the Terrible, Russia rapidly expanded in all directions and became by far the largest power in terms of land area. Enlargement brought many minority ethnic groups with their own religions and languages ​​under Russian rule. In the northwest, Russia embarked on a century-long struggle against Sweden for control of the Baltic Sea, gaining not only access to the sea but also ownership of Finland and the Baltic states Latvia, Lithuania, and Estonia. In the west, a series of wars with Poland and Lithuania followed by treaties with Prussia and Austria, giving Russia control over most of Ukraine and most of Poland. Napoleon directly challenged the Russians with his invasion of Russia in 1812, but was unsuccessful. Russia seized more territory and became a major power with a strong voice in European affairs from 1814 to the 1840s.

Russia's main historical enemy in the south was the Ottoman Empire, which was between Russia's access to the Mediterranean and that period. In the south, conflict with the Ottoman Empire continued for centuries. After the movement that started with Peter the Great, Catherine the Great advanced the southern and western borders of Russia, waging a successful war against the Ottoman Empire for lands close to the Black Sea. When she died in 1796, Catherine's expansionist policy had caused Russia to become a major European power. Russia seized lands previously held by the Ottomans, such as the Crimea. The greatest defeat in the history of Russian expansion came in the Crimean War (perhaps the first significant Russia-West confrontation), in which the British and French preserved the integrity of the Ottoman Empire. However, the Russians largely recovered their losses by 1870.

Russia entered World War I in 1914 against Germany, Austria, and the Ottoman Empire to gain access to the Mediterranean. Political and economic floundering brought the end of the tsarist regime and resulted in two revolutions in 1917 that destroyed the Russian Empire and led to the independence of a number of smaller nation-states such as the Baltic states, Finland, Poland.

The economic war doctrine… Europe is an important export market for Russia. But Europe is dependent, especially in the energy field. Russia's exports to the European Union, Ukraine and the USA, with which it had disagreements during this crisis, cover approximately 48% of its total exports. Most of Russia's exports are oil, energy and minerals. On the other hand, Russia's share in world oil production, which meets a significant part of Europe's oil, is 13%. These figures show that Russia's retaliation against a possible energy sanction in the future will cause major problems on Continental Europe.

On the other hand, the narrowing of Russia's supply channels is risky in terms of price control, it would be a completely wrong move. Since everything in the global economy is interconnected, such movements can cause major crises. The inability of Russian companies to move abroad will be a possible consequence of sanctions. Alongside the possibility of the West intensifying sanctions, the Fed's risk to affect all emerging economies should be considered. I thought of this sentence from Sun Tzu's The Art of War: "Excellence is not winning every battle by fighting. The best strategy is to win without fighting."

Conclusion? Since history is my special interest, it was easy for me to dig deeper into the subject. Of course, it was a bit like a history lesson, but this balance of European domination between the US and Russia in the economic war doctrine could be explained like this. The eastward expansion of NATO and the EU has narrowed Russia's sphere of influence, making the Putin administration appear to be proactive again, including Ukraine and perhaps Poland and the Baltic region. Similar balances apply to the balance of China and the US in the Pacific Ocean. Our generation is familiar with such scenarios from strategy games. When a simulation is made on the map, many doctrines can be constructed in the head. The weapon of the West is the expansion of the sanction area by pushing Russian companies and officials out of the financial system, plus capital movements. In the Russian strategy, the weapon is to create a double-fronted order by acting together with the cold winter effect and the energy supply congestion.